Have you ever wondered how a guitarist can play the melody and chords for a song simultaneously? Want to be able to do it on your own guitar?

The guitar is an incredibly versatile instrument, and when you know how to do it, you can create great sounding chord melodies for many songs.

What is a Chord-Melody Arrangement for Guitar?

In chord-melody technique, or chord-melody style, a song is specifically arranged so that the melody line is simultaneously played with suitable accompanying chords on the guitar.

When done effectively it’s kind of like being your own one-man-or-woman-band.

In this tutorial, we will look at the popular spiritual “Amazing Grace”.

The chord-melody arrangement I’ve created for Amazing Grace is at the basic to intermediate level.  The chords I’ve used to harmonize the melody line are mostly basic three string chords, but there are also two chords that use four strings.

Before we look at the arrangement, let’s start by looking at the basic chord fingerings.  Keep in mind that there are many different ways to play these chords.  On top of that, for the chords that are shown, there are other ways that they may be fingered.  Generally, you should aim for playing the chord with the least number of fingers.  This frees up other fingers for adding melody notes and embellishments.

Below you will find fingerings for the chords used in our chord-melody arrangement for Amazing Grace. 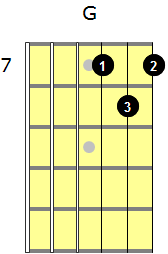 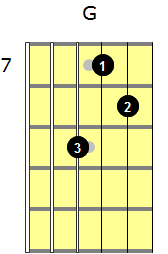 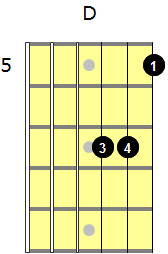 Next you will find a G major chord played as a partial barre chord.   A partial barre chord requires that you place a finger flat across two or more strings.  Obviously, to play two or more notes with a single finger will require more physical effort than playing only one note.  The G major chord requires that your first finger frets two notes.  To perform this, you need to place your first finger flat so that it lies across the first and second strings on the third fret.  You will need to exert a fair amount of pressure with the first finger so that both notes will sound.  Experiment with finger placement—moving your finger ever so slightly will often make the difference between muffled notes and good clear ones. 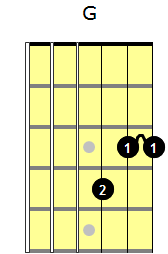 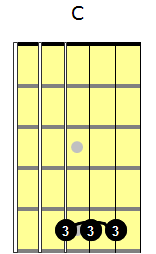 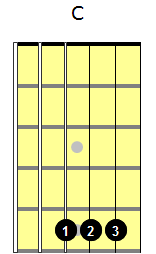 If you find this partial barre chord too tricky, you can also substitute your first finger for the third.  Or you can play the chord with three separate fingers as shown below.  I do highly recommend that you work on mastering the barre chord.

Here are the rest of the chord fingerings. 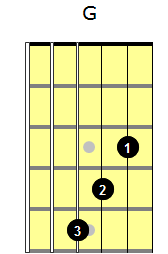 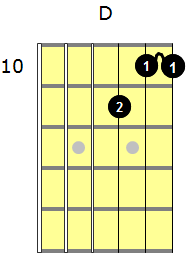 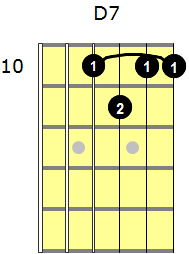 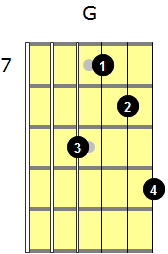 Now that you’ve looked at the chord fingerings, you are ready for the chord-melody arrangement.

As you practice the song, try to really bring out the melody line.  Your goal should be to play the piece so that the melody stands out and doesn’t get buried in the chords.  One way to do this is to vary the attack on the melody notes.  As you strum the chord, hit the top note (melody) of the chord a bit louder than the other chord tones.

So there you go, have fun playing this chord melody.

You might be a bit curious about the chords.  After all, there are 5 different fingerings for the G major chord used in this arrangement.  But how can this be?

Well, when you understand the basics of guitar theory, you will understand how chords are built.  You’ll also know how they can easily be played over the entire fretboard.

You can learn more about how it all works here: How to Understand Guitar Theory.