If you are like most guitarists, you are probably looking for some easy and effective ways to boost your memory for all things guitar.

How many times have you read something and got the end of the paragraph only to discover that you can hardly remember anything you just read?   And what about this: have you ever thought you learned a new chord or scale, but find your mind draws a complete blank?

Fortunately, this does not mean you have poor memory, it usually means that your mind was elsewhere when you were trying to learn.  When you are not focused on what you want to learn, you won’t remember very much.

The First “A” Word

This brings us to the first “A” word for memory.  This “A” word is attention.  Attention is required to learn things on guitar.  The brain can’t process and pay attention to everything in the environment.  It has a limited perceptual capacity.  A memory will only form if you pay attention and allow the brain to register the information.  In other words, if you are trying to learn something new, don’t fall for the illusion of multitasking.  The brain may give you the illusion that you are doing two or more things at once, but in actual fact the brain is focusing on one task at a time.

What looks like multitasking is really more like channel surfing.  It appears that the brain manages tasks in 3-second windows.  While one thing is in the foreground of your consciousness, the other two or more things stay in the background. 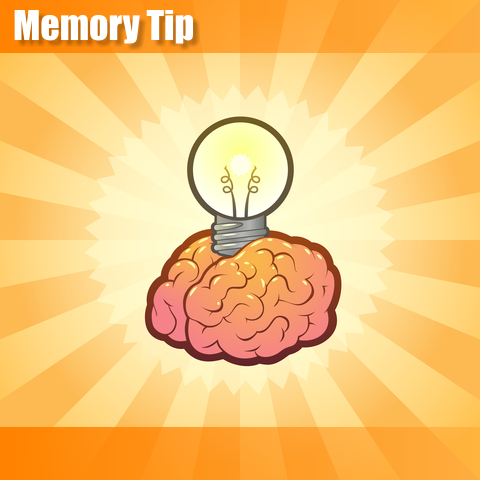 The bottom line is attention is required for memory processes.

I’m sure you are well aware of this.  You can’t learn something if you don’t pay attention to it.  Attention influences the strength and content of memory.

If you are multitasking as you practice guitar, you are making it harder to learn.  Now do understand that there are some exceptions to this.  Once your guitar playing becomes quite advanced, there are some special exercises you can do to improve your playing while you do other things.  But that is way beyond the scope of this short article. So for most guitarists, the rule is: when you multitask you make it much harder to learn guitar, so don’t multitask when you are trying to learn something on guitar!

The Second “A” Word

Now for the second “A” word—associate.  Look for a way to associate or link the new thing you want to learn with something you already know.  By doing this, you make it much easier to remember.  What’s great about doing this is that it forces you to focus your attention onto what you want to learn.  You cannot create an association if you are not thinking about the thing you are trying to learn and what it can be associated it to.

An important point to keep in mind is that it will often take more work up front to create the association, but once it’s done, you will have a much stronger and more enduring memory.  The more you use associations to learn, the easier it will become.

When you try to learn something through rote learning without forming associations, it is less mentally demanding up front, but it takes way longer and many, many more repetitions to form the memory.

Now let’s look at applying this with some examples.

First let’s say you are just getting started on guitar and you are learning how to play C major and A minor chords.

Take a look at the two chord fingerings and compare and contrast them.  Notice how some notes are shared in both chords.  The first and second fingers play the exact same notes in these two chords.  See how the third finger in the C major chord just needs to move from the fifth string, third fret, to the third string second fret to make an A minor chord.  In other words, only one finger needs to move when you change from a C major to A minor chord.  This means that once you learn the fingering for one of these chords, you will be able to learn the other much faster. 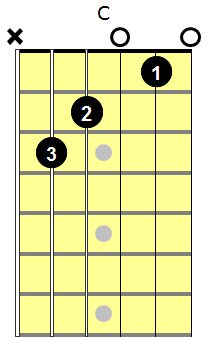 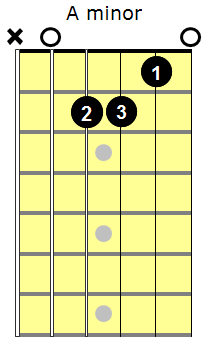 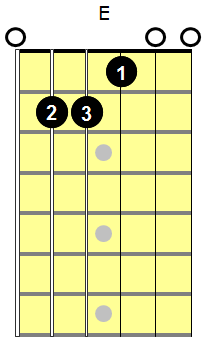 Now of course learning guitar chords is not always this easy.  Many chord fingerings do not share any notes, but the main takeaway from this is to look for shared fingers, and/or similar chord shapes when you are learning new chords.  Just taking a few moments to think about the chord and look for similar chords you already know will help you to learn the new chord.  Also, you will be surprised when you see how many similarities there are between chords. 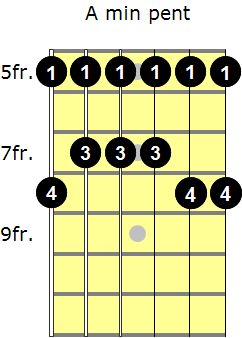 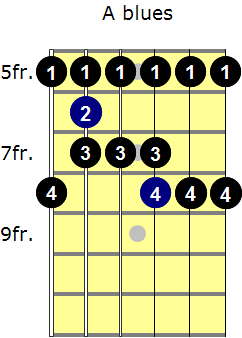 Can you see the similarities and difference between these two scales?  In terms of fingerings, there are two new notes added to the A minor pentatonic scale fingering to change it to an A blues scale.   In terms of theory, it’s actually one note (Eb the flat 5) that is added.  The flat 5 won’t have any real relevance to you if you are starting guitar from scratch, but as your understanding of music theory increases, you’ll understand this and have way more tools to create associations with.  The better you become at making associations, the faster you will learn things on guitar.

Now of course, this short article just scratched the surface of how to learn things faster on the guitar.  For a complete accelerated guitar learning system for beginners, check The EDGE: CORE Beginner Guitar Lessons Volumes 1 and 2.  For a better understanding of the guitar theory you need to know, check out the Absolute Essentials of Music Theory for Guitar.