Playing guitar solos is a ton of fun.  But let’s face it—learning and memorizing your favourite guitar solos can take some time.

Today we will look at an effective way to learn guitar solos in less time.

Most guitar magazines have performance notes that mention the scale(s) used in the guitar solos.

You will now be able to see how your favourite guitarist has used the scale to create the solo.

This means the guitar solo won’t be a confusing mass of notes anymore. Since you know the scale fingerings used in the guitar solo, you already know all of the required notes.  You just need to learn the order that the notes occur.   Can you see how powerful this is?

When all you have to do is learn the sequence of the notes in the guitar solo, you’ve just cut your learning time at least in half.  All that’s left is the performance aspects (technique) of the guitar solo. 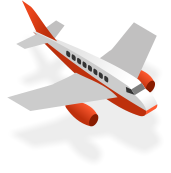 Get Your Pilot’s License

When you watch your favourite guitarists’ fingers fly all over the fretboard, you’re witnessing the power of scales.  All they’re doing is playing scales and connecting one guitar scale form to another as they move all over the fretboard.  It’s actually not that hard to do.  You just need some basic technique, an understanding of how one scale form links to another and an understanding of what scales work with what chords.

If you want to learn how to create your own guitar solos and learn your favourite guitarist’s solos in less time, you’ll definitely want to invest some of your guitar practicing time into learning and mastering guitar scales.

If you are looking for a quick and easy way to learn the most commonly used guitar scales you may want to check out:–> Guitar Essentials: Scale Master Expanded Edition.  If you’ve been playing guitar for a while and your are looking for even more scales to add variety and uniqueness to your guitar playing, consider guitar scales –> The World of Scales: A Compendium of Scales for the Modern Guitar Player.