↓
Blog: Free Guitar Tutorials→Guitar Scales→5 Things You Do Not Know About Guitar Scales That You Should 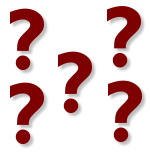 Today we will look at 5 things you probably don’t know about guitar scales that you should.

Have you ever wondered why some guitar scales are called one thing in one scale book and called something completely different in another book?

What gives?  Who is right?

This brings us to the first point that most guitar players don’t know:

There is currently no standard or uniform system used throughout the world to identify scales by name. Whether you ask two musicians in the same band, or someone on a different continent, you may get completely different names for the same scale!

Then there are those scales with many names.  For example, the Mixolydian b9 b13 scale is also known as: Phrygian Major, Phrygian Dominant, Spanish, Hejaz and it is also known as the Gypsy scale.

How are Scales Named?

A scale can be named many different ways.  However, scale names are usually determined by:

1.  The geographical region in which the scale is typically used, or found.

2.  The geographical area one lives in.

3.  The institution(s) and or teachers with whom one has studied.

4.  The number of notes in the scale.

What is the Best Way to Understand Scale Names?

You need to learn the mechanics behind scales.  When you understand how scales are constructed and work, you will find it much easier to understand even the strangest of scale names.

When you know how scales are put together, not only will scale names make sense, but also most importantly, you will see many applications for each scale.

Now here is a tip that will help you identify certain guitar scale synonyms.

When you look at some scale names, you will see things like b2 and b6, etc.  What you need to know is the following are interchangeable in scale names:

This article just scratched the surface of the mechanics behind scale names. To learn how to make total sense of guitar scales and modes and apply them to your guitar, check out the ultimate guitar scales resource. Visit  GuitarAccelerator.com now to turbo-charge your playing with your mastery of guitar scales.