Does it Take You Too Long to Learn Guitar Solos and Songs?

In Lead Guitar Basics – How to Learn Guitar Solos Fast Part 1, we began our look at a very effective way to learn guitar songs and solos faster.  In this tutorial, we look at some ways to apply the technique of chunking to an actual song.

As you will recall, the most common reason guitar players can’t learn songs and solos as fast as they want, is because they are not using the most effective accelerated learning guitar techniques.

One of the most common reasons for not being able to learn songs as fast as you want, is simply the result of trying to learn too much at once.

The natural tendency for most guitar players is to play through the first part of the solo a few times, and then jump ahead to the next part, and then the next, and so on.

Unfortunately, more often than not, the first portion of the solo hasn’t been memorized yet, and usually the fingerings aren’t nailed down either.  This means much more repetition and time will be required to learn the song/guitar solo.

Think for a minute about what happens when you perform a song in front of an audience of one or one hundred.

If an error is made, where are you most likely to stumble when performing a song?  Is it on the parts you know inside and out, or on a part you’re not so confident with?

The answer of course is obvious. When you know something inside and out, you know it inside and out, so it is very unlikely you’ll have any problems playing those parts.  However, any parts you haven’t nailed down can be an entirely different story.  This is why it’s so important to make sure that you learn songs properly the first time.

A chain is only as strong as its weakest link. 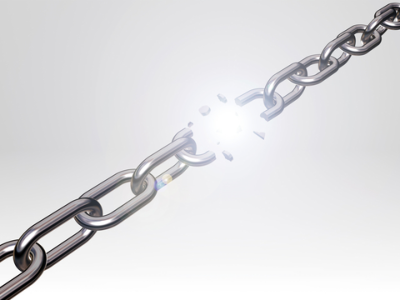 When you learn a song properly from the start, you will find that you will be performance-ready much, much faster.

There are many techniques you can use to learn songs fast and properly the first time.  One of those techniques is the focus of the rest of this tutorial—chunking.

To give you a concrete idea of how chunking can be used, we will apply the technique to a song.

For this we will turn to a piece of moderate difficulty called the “Saratoga Hornpipe“.

I’ve also chosen this song because you’ve probably never heard of it before. Since you don’t know what the song is supposed to sound like, it will make it a really good test that will show you how effective proper chunking is for learning songs.

The Saratoga Hornpipe is in two sections (binary form) that are each 8 measures long.  This piece has been transcribed in straight 8th notes so you shouldn’t find the rhythm challenging. This means your focus can narrow to just learning the notes in the melody line.

Here is the first five measures including the pickup.

At first glance this probably looks like nothing but wall-to-wall notes.

Now before you read on, I would like you to play the excerpt once through.

So grab your guitar and play through the above example.

Okay, did you play through it?  I hope so.

So what do you think?

As you played through this excerpt, it probably seemed like there were lots of notes that didn’t seem to go where you expected them to go.  A somewhat unpredictable melody is harder to learn than a formulaic one.

The good news is this song will not take you nearly as long to learn as you would expect, if you take the following recommended approach.

Here is how I recommend you learn this song: take it just four notes at a time. The exception is the pickup which consists of two notes.

How to Learn the Saratoga Hornpipe with Chunking

So here is how I recommend you learn this song.  Below you will see the same excerpt cut into 2 and 4 note chunks.  Each chunk is colour-coded.

The idea here is to learn the first two notes found in the pickup.  Then you learn the next four note chunk as a separate entity.

Once you can play the four note chunk from memory with minimal mistakes, you are ready to link it up with the first two notes found in chunk 1.

In other words, what you are doing is learning the song in small 2 and four note chunks.  Once you have a chunk memorized, you combine it with the previous chunks and continue to build.

Here is the PDF guitar tab sheet music for the Saratoga Hornpipe. 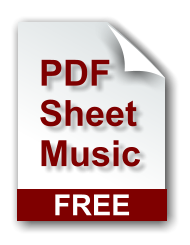 The key is to make sure you get each chunk down before you jump ahead to the next.  This is where most guitarists make the mistake and move on too fast to the next chunk before having the previous memorized.

If you move on too fast, you will find there will be many errors, forgotten notes and unnecessary technical challenges. 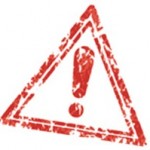 , unless you are very advanced musician, you can’t expect to learn and memorize huge chunks of music in a single pass.  You need to break things down into small memory friendly chunks.

If you try to learn a passage that consists of twelve notes, you will find it way faster to learn it as three chunks of four notes instead of trying to learn the entire thing all at once.

As you advance as a guitar player, you will be able to learn things in much larger chunks, but that will take some time.

When in doubt, cut it into smaller chunks. 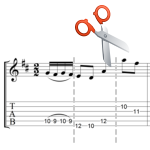 Make it easy on yourself. You will make less mistakes and learn faster.

Getting into the New Habit of Bite-Sized Chunks

Getting into the habit of breaking things into tiny chunks can take some time and effort.  Again, the natural tendency is to try to learn as much as you can as fast as you can, and move through the entire song/solo practically in just a few passes.

One thing you can do if you are learning a new song from sheet music/tab, is to use a pencil to divide up the portion you learning into small chunks.

Another thing you can do is simply stick a piece of paper on your guitar amp or on a wall that faces you as you practice and have the words “CHUNK, CHUNK, CHUNK” written.  This way you will have a visual reminder.  Again, it is too easy to forget this and fall back on old habits.

Now do understand, this just scratches the surface of how to learn songs fast.

Dividing a song or guitar solo into four note chunks may not be optimal in many songs or parts of songs.

There are many factors to consider when you divide a song or guitar solo into chunks.  Rhythm, phrase structure, and fingerings, are just three examples. How these factors work is beyond the scope of this short tutorial.

Often it will make sense to divide a guitar solo into 2, 3, 4, or even 5 note chunks.  You may have passages that are best divided into a 3 note chunk followed by a 5 note chunk, etc.

Context, your skill level on the guitar, your knowledge of music theory and your musical and finger memory skills will ultimately determine the optimal chunk size for each portion of a song.

This tutorial has provided you with a basic overview of one way to learn guitar solos and songs faster.

For a more in depth look at some powerful techniques that will allow you to learn 2, 3 or more guitar songs in the time it usually takes you to learn just one song, check out 21 Secrets to Learn Guitar Songs Super-Fast. 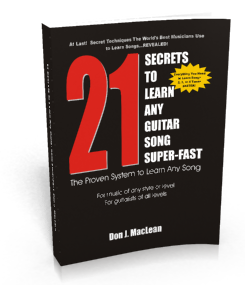 This complete course will show you a proven system for learning songs of any style and level fast.  You’ll discover the techniques the world’s best musicians use to learn songs fast.

Why spend months and months learning one new song when you could learn several in the same or even less time?  Grab your copy of 21 Secrets to Learn Guitar Songs Super-Fast and start to learn songs fast now.