↓
Blog: Free Guitar Tutorials→Guitar Chords→What is a Sus 4 Chord and How is it Played on Guitar?

You’ve probably seen the chord symbol D sus 4 in many popular guitar songs. But what does this really mean?

Let’s start by looking at what a chord really is.

A chord is three or more notes played simultaneously.  Chords provide accompaniment and support for melodies.

There are many different types of chords; the most common are called triads.

A triad is a chord that contains three different notes.  To build a major triad, take the first, third and fifth notes from the major scale.

In the C major scale, the notes are:

C major scale in tab and standard notation for guitar

If you were to take the notes 1-3-5 from the C major scale, your result would be the notes C-E-G.  These are the notes required for a C major chord. 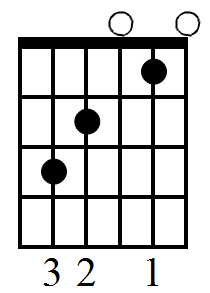 To build a sus 4 chord, all you do is take the first, fourth and fifth notes from the major scale.  So this means for a C sus 4 chord, you would need the notes: 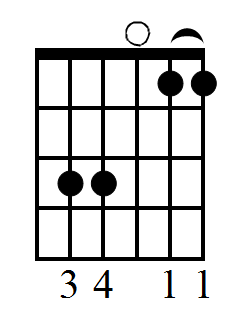 The D major scale consists of the following notes:

Therefore, the notes in D sus 4 are: 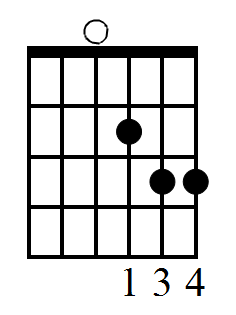 By the way, the word “sus” is an abbreviation for the word suspended.  So a D sus 4 chord is more formally known as D suspended 4.